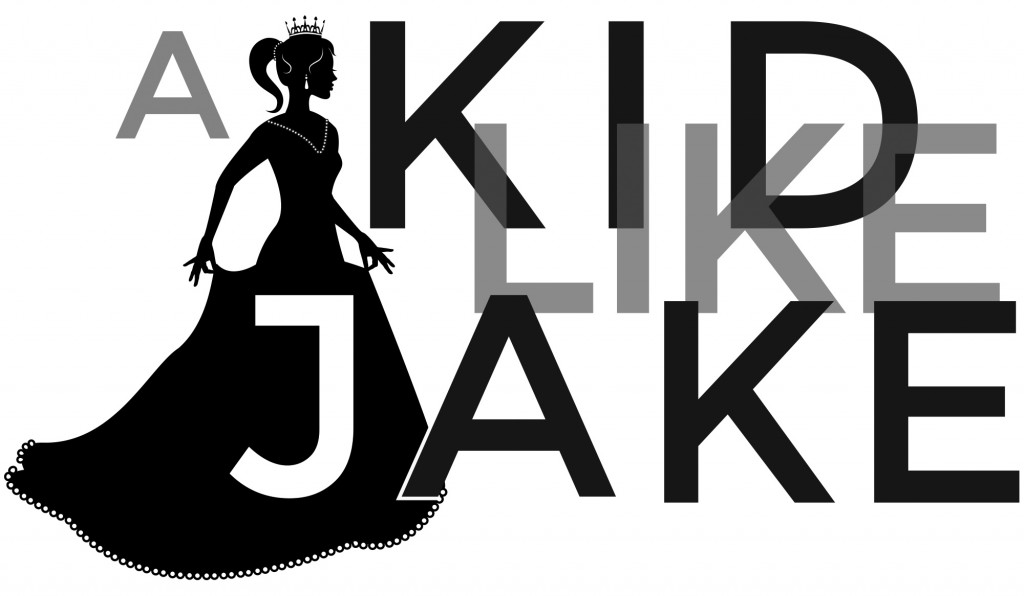 On the eve of the admissions cycle for Manhattan’s most exclusive private schools, Alex and Greg have high hopes for their son Jake, a precocious four-year-old who happens to prefer Cinderella to G.I. Joe. But as the process continues, the other adults in Jake’s life start to wonder whether his fondness for dress-up might be cause for concern. A KID LIKE JAKE follows these parents as they try to determine what’s best for their son in a rapidly changing world.

Kia Boyer (Nurse) is very grateful and excited to be making her Second Thought Theatre debut! She has made Dallas a home since 2012 and is thankful to the theatre community for keeping her busy! Some of her favorite past productions include Faust(The Drama Club); Sweet Charity (WaterTower Theatre); Pippin (Theatre Three); and most recently WaterTower Theatre’s production of The Big Meal. Kia continues to grow through ballet, yoga, and frequent visits to the cinema!

Ian Ferguson (Greg) is honored to be working again with the artists at Second Thought Theatre – having appeared in Steven Walters’ Booth in 2014 and Bull last year. Ian has appeared on professional stages across DFW, including: Stage West (Mr. Burns: A Post Electric Play), Kitchen Dog Theater (The Arsonists), Theatre Three (On The Eve,Present Laughter, The Farnsworth Invention), WaterTower Theatre (Honky, The Lieutenant of Inishmore), Shakespeare Dallas (Romeo &  Juliet, The Winter’s Tale, Twelfth Night), and more. In addition to theatre work, Ian is a musician playing in Dallas-based bands – Mur, and Veteran Children.

Jenny Ledel (Alex) was born in Fort Worth, TX. She is an alumni of STT with such productions as The Glory of Living, Pluck the Day, Belleville and Othello under her belt.  She is a member of the Acting Company at Kitchen Dog Theatre. Other theatrical credits include Trinity Shakespeare Festival, The Undermain Theatre, WaterTower Theatre, Theatre Three, Kitchen Dog Theatre, Texas Shakespeare Festival, The Dallas Museum of Art, Shakespeare Dallas and Shakespeare in the Bar. Jenny is a multiple recipient of the DFW Critics Forum Award for Best Actress.  Her Film and Television credits include Karma Police, Spider Veins, and One Tree Hill.

Christie Vela (Judy) is a member of DTC’s Brierley Resident Acting Company, where her acting credits include Romeo and Juliet, Sense and Sensibility, Medea, The Book Club Play, A Christmas Carol, Les Misérables, Sherlock Holmes: The Final Adventure, King Lear, God of Carnage, Joseph and the Amazing Technicolor® Dreamcoat, The Beauty Plays, and Henry IV. Most recently, she directed DTC’s 2015 A Christmas Carol and will be directing Gloria by Branden Jacob-Jenkins next season. Christie is also a member of Dallas’ Kitchen Dog Theater Company where she was last seen in The Motherf**ker with the Hat and where she has directed many shows including PEN Award- winner Se Llama Cristina by Octavio Solis, The Turn of the Screw, Boom, and The Pillowman. She proudly made her Second Thought Theatre directing debut last February with Bull as part of the Elevator Series and is thrilled to finally be making her acting debut with one of her most favorite theater companies in town. Christie is represented by The Mary Collins Agency.

Matthew Gray (Director, Scenic, and Sound Designer) is thrilled to be working with Second Thought Theatre again. His Second Thought shows include: Humpty Dumpty,Snake Eyes, and Pluck the Day. Matthew is a former member of the Brierley Resident Acting Company at Dallas Theater Center Matthew’s shows included To Kill A Mockingbird, Cat on a Hot Tin Roof, The Taming of the Shrew, A Christmas Carol (Actor and Director); The Misanthrope, Glengarry Glen Ross, Death of a Salesman, Henry IV, Dividing the Estate, and The Shape of Things (Director). He has acted and directed for many companies in the metroplex and regionally including Kitchen Dog Theater, Dallas Children’s Theater, Circle Theatre, Tide Water Rep, and Oklahoma City Repertory. With his wife Emily, Matthew founded and served as the Co-Artistic Director for Classical Acting Company for four seasons. For the last five years he has been producing and directing live events, video and digital media of all kinds. He is currently a producer for Abernethy Media Professionals.

Drew Wall (Scenic Design, Producer, Technical Director) is currently the Director of Operations for Second Thought Theatre and has been working with the company since 2007. During that time, he has served as an Actor, Designer, Producer, Production Manager, and Resident Artist. Second Thought acting credits include The Great God Pan,Belleville, Nocturne, Booth, Red Light Winter, A Behanding in Spokane, The Bombitty of Errors, A Skull in Connemara, The Country Wife, and Lobby Hero. Drew holds a BFA in Theatre Performance from Baylor University, is represented by the Kim Dawson Agency, also a company member of Kitchen Dog Theater, and would like to thank his friends, family, and Abbey Magill for their constant love and support.

Bart McGeehon (Projection Design) New to Second Thought, but not to the Dallas Theater scene, Bart’s production design work is being seen on many Dallas stages, including his critically acclaimed design for Hedwig & The Angry Inch, award winning projection design for Songs for a New World, SOHO Cinders, and the upcoming Toxic Avenger for Uptown Players; A Midsummer’s Night Dream, Romeo & Juliet, and The Complete Works of William Shakespeare (Abridged) at Shakespeare Dallas; The Old Time Music Show, Albert’s Anthology at Theatre Britain. Bart currently serves as the Director of Production for Dallas Children’s Theatre, where his design work has included over 25 shows.

Alex Organ (Artistic Director) is in his second year as the Artistic Director for Second Thought Theatre and has been working with the company as an artistic associate since 2012.  He is also a member of DTC’s Brierley Resident Acting Company. DTC: The Rocky Horror Show, Les Misérables, The Fortress of Solitude, Fly By Night, A Christmas Carol. Local/Regional: Second Thought Theatre (The Great God Pan, Red Light Winter); Undermain Theater (The Flick; Profanity); Lyric Stage (The Most Happy Fella); Theatre Three (The Farnsworth Invention); WaterTower Theatre (Putting it Together, Little Shop of Horrors); Trinity Shakespeare Festival; Shakespeare Dallas; Epic Theater Ensemble; Repertory Theatre of St. Louis; Cincinnati Playhouse in the Park; and the Elm Shakespeare Festival. Film/TV: Law & Order: SVU and Second Guessing Grandma. Alex has directed A Behanding in Spokane and Cock for Second Thought. MFA Yale Drama.